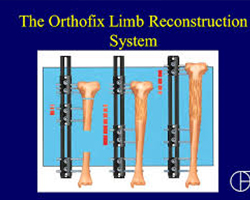 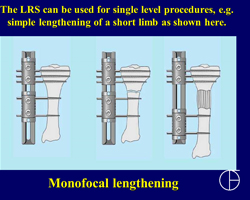 Arthrodesis is defined as, "the surgical immobilization of a joint so that the bones grow solidly together." Arthrodesis can relieve pain from arthritis and fractures. This is accomplished through the use of Allografts and Autografts. Allografts are done by creating bone grafts from a donor bone bank, while autografts are bone grafts from other bones in a patient's body. Synthetic bones and metal plates can also be inserted to abate the pain.

Arthroplasty is very similar to arthrodesis. It literally means "surgical repair of joint.' In the past, arthroplasty used tissue and removal of bone to relieve pain. Currently, joints are removed and replaced with prosthetic limbs. This alleviates pain, allows a greater range of motion, and improves walking ability, all of which strengthen muscles. Arthroplasty of the shoulder is one of the most common of these procedures, though it has only been widely used since 1955. Themistocles Gluck is thought to have created the first shoulder arthroplasty in the 1800s.[2] Since Gluck never published any results or notes on the procedure, Jules Emile Pean is credited with performing the first shoulder arthroplasty in 1893.

Prosthetic implants are used when sections of bone must be replaced, but only no further growth is expected. Implants are mostly made from metals but the possibility of using ceramic material has been discussed among surgeons. Prosthetics can be temporary or permanent. Temporary implants remain in place until the bone has healed and is then removed. The temporary implants take most of the burden off of the fracture, causing the bone to become less dense. This can lead to the re-fracturing of the bone after the implant is removed. The implants can also cause stress concentrations, as a result of the material difference between the bone and the plate. With the permanent prostheses, a putty like substance is injected into the implant site to keep the body, mainly the immune system, from fighting off the implant. This substance can deteriorate bony tissue and cause serious bone problems for the patient. Prosthetic limbs have been used for many years. There is evidence that prosthetic limbs were made even back to Ancient Egypt.[4] Prosthetic limbs have been used ever since, though the materials have been updated from the early leather and wood to sturdy metals.